Parity.org Launches; Invites Companies to Take the ParityPledgeTM to Pave the Way for Women in Leadership Positions

Parity.org Launches; Invites Companies to Take the ParityPledgeTM to Pave the Way for Women in Leadership Positions

Cisco, Lyft and Ralph Lauren Corp. are Among Founding Companies Committed to the ParityPledge; Full List to Be Revealed January 2018

SAN FRANCISCO – September 12, 2017 – Parity.org, a new non-profit organization focused on bringing gender parity to the highest levels of business, launched today with the ParityPledgeTM. The ParityPledge simply asks companies to commit to interviewing at least one qualified woman candidate for every open position, vice president and above, including the C-suite and the board. No quotas. No deadlines. The company also revealed today a partial list of founding companies that have committed to the ParityPledge. The full list will be announced January 2018.

“Parity.org was founded to correct the stark reality of gender imbalance on the executive teams and boards today,” said Cathrin Stickney, founder and CEO. “While women represent 51 percent of the population — barely 20 percent of S&P500 corporate executive teams and boards are represented by women. The ParityPledge is simply a public commitment that any company, regardless of where they are in their journey, can sign up for and implement. And it’s a proven approach.” When companies sign, Parity.org promotes their successes and they become role models for others to follow suit, creating a snowball effect for change.

The ParityPledge was inspired by the NFL’s Rooney Rule, a straightforward solution that improved diversity at leadership levels of NFL teams by requiring teams to include a more diverse slate of candidates in the interview process. In just three years, the Rooney Rule helped increase representation of African Americans in team leadership positions from six percent to 22 percent.

“We’ve been using the diverse slate approach both at Facebook and at my foundation. I believe it is a great step that any company or organization can take,” said Sheryl Sandberg, Facebook COO and founder, LeanIn.Org and OptionB.Org.

Leaders at companies big and small – including fashion giants such as Ralph Lauren Corp. and tech titans such as Cisco, plus fast growth companies such as Accompany, Domo, InsideSales, Lyft, Pluralsight and Qualtrics – are just a few of the founding companies committed to the ParityPledge. theBoardlist, curator of a talent marketplace for business leaders to recommend, discover and connect highly qualified women across industries with great, tech board opportunities at scale, has joined Parity.org as a partner.

“Cisco is proud to be one of the first to sign the Parity.org pledge. Inclusion and broad diversity makes us better as a company. By bringing the perspectives, practices and commitment of many companies together through this pledge, we will have bigger impact and accelerate diversity for all – inclusive of gender, ethnicity, race, orientation and age,” said Francine Katsoudas, SVP, Chief People Officer, Cisco

“At Ralph Lauren we are committed to fostering a culture where diverse experiences and perspectives are welcomed and nurtured, because we believe that a more inclusive environment makes for a better business. We are proud to be a founding member of Parity.org and equally proud to take the ParityPledge,” said Roseann Lynch, SVP and Chief People Officer, Ralph Lauren Corp.

“We’ve adopted gender diversity in our hiring strategy since day one and we’re proud to take the ParityPledge to show our commitment,” said Amy Chang, founder and CEO, Accompany.

“The most respected research studies have shown that as gender parity grows in company leadership it creates healthier organizations and stronger bottom lines,” said Josh James, founder and CEO of Domo, who also helped concept the ParityPledge for Parity.org. “When talking with Cathrin about her desire to create quick change, the Rooney Rule seemed like the right model for Parity.org. Of course, I’m excited to take the ParityPledge for Domo. It is a solution that any company of any size can commit to. It has the potential to create a fast return for organizations, without creating unnecessary burdens on those who want to do the right thing.”

“The Parity Pledge provides simple steps for all business leaders to make better decisions to achieve gender parity — especially for executive and leadership roles.  We are proud to partner with Parity.org and make the pledge,” said Dave Elkington, co-founder and CEO, Insidesales.com.

“In a world where the ability to belong is constantly challenged, Lyft is committed to building the most inclusive workforce where anyone, no matter who they are, can actualize into who they’re meant to be. We’re proud to join the journey toward gender parity as we strive to be a model community for our peers,” said Ron Storn, VP, People, Lyft.

“We need concrete actions, not just more discussion, that take meaningful steps in increasing gender, cultural, and ethnic diversity,” said Aaron Skonnard, co-founder and CEO of Pluralsight. “Increasing gender diversity helps improve cognitive diversity, which leads to better outcomes for everyone. Pluralsight is proud to be a founding member of Parity.org and take the ParityPledge.”

“While 82 percent of Americans say it’s important for women and men to have the same opportunities for career advancement, just 34 percent say their current workplace puts a high priority on having women in leadership positions[1]. That’s a huge experience gap,” said Ryan Smith, co-founder and CEO of Qualtrics. “ParityPledge is the right thing to do. It’s so easy to implement, any company of any size can commit to doing this. We need more women in tech and in leadership — it’s hard to achieve success if we are removing half of the playing field. ParityPledge will not only help us all to recruit but also to grow our leadership from within.”

“Gender diversity in board rooms and in the C-suite will not become a reality until there are more opportunities for female candidates to surface every time a seat opens. We’re proud to partner with Parity.org on this critical initiative to drive positive change,” said Sukhinder Singh Cassidy, founder of theBoardlist.

“We’re tapping into an issue that so many companies are trying to get right, but just need help with an easier, more approachable solution that has proven effectiveness,” said Stickney. “Today, we are opening our doors to welcome all companies willing to make a commitment to gender parity in their organization.”

Companies wanting to take the ParityPledge or learn more about how to get involved with Parity.org should visit http://www.Parity.org.

Parity.org is a 501(c)(3) not-for-profit profit organization dedicated to gender parity at the highest ranks of business leadership. Parity.org is assembling a founding advisory board of some of the most recognized men and women leaders in business. The Parity.org URL was generously donated by The Kennedy Forum.  You can follow Parity.org on Facebook, LinkedIn and Twitter.

ParityPledge is a trademark of Parity.org. 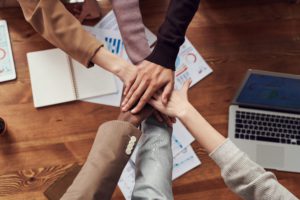 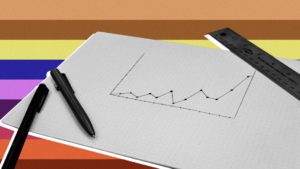 Workplace Evolution: The one piece of data your company needs to track to improve diversity efforts

Read the Fast Company article by Parity.org CEO and Founder, Cathrin Stickney, on how the employee attrition metric is crucial to your D&I program.         You may have created strong diversity and 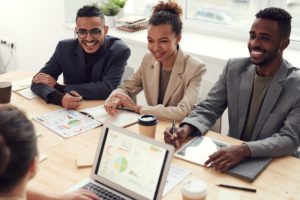 Donating cryptocurrency is a non-taxable event, meaning you do not owe capital gains tax on the appreciated amount and can deduct it on your taxes. This makes Bitcoin and other cryptocurrency donations one of the most tax-efficient ways to support Parity.org. Of course, please seek the advice of your tax advisor prior to making any crypto donations.